drugdesign.org is dedicated to the memory of Dr. N. Claude Cohen, a pioneer in Molecular Modeling and Drug Design. 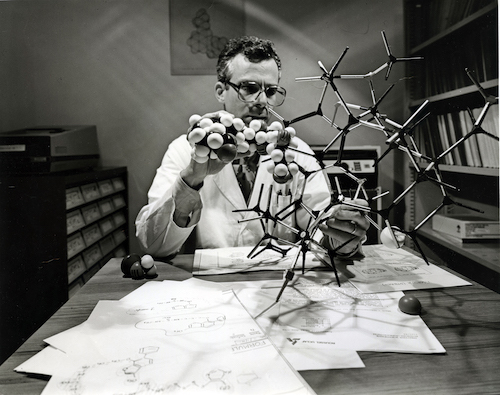 Dr. Cohen dedicated his life to both developing new drug design approaches and to the discovery of new drugs. He was a scientist, researcher, theorist, programmer, and teacher. In hours accumulated he passed years in the active sites of proteins wearing stereoscopic glasses, observing interactions adding new atoms and trying to understand their implications. Those who knew Claude, remember him as someone modest and beloved.

Claude Cohen is born in Cairo in 1941 to a Jewish Lebanese father and a Jewish Syrian mother. In 1956 as a consequence of the Suez Crisis, the Cohen family is expelled from Egypt. The family decides to move to Brazil, but at the last minute, they obtain an "entry visa" to France.

Claude obtaines his Ph.D. in Organic Chemistry from the University of Paris (France) in 1967. After replacing his thesis instructor blocked in Cuba, he gives his first lecture entitled “Chemistry is a 3-Dimensional Science”. He is already a precursor at that time as chemistry was still in 2D. He immediately joins Roussel-Uclaf (now Sanofi-Aventis) in Paris where he is head of the department of Theoretical Medicinal Chemistry and leads his team in many cardiovascular, CNS, CVS, Infection, Immunity and Oncology drug discovery programs.

Dr. Cohen developed many innovative computer programs. The picture below is a snapshot of the "script" software that was the first to generate 3D molecules from a 2D structure. On the left part, the user draws a molecule that will generate a list of conformers (on the right part) with their associated energy. "Script" has its own force field and molecular format.

In 1983 he joins Ciba-Geigy in Switzerland (now Novartis) as Head of Molecular Modeling and Drug Design. His group successfully integrates the modern rational drug design perspective into the company's research projects and consequently, together with his coworkers, Dr. Cohen contributes to the discovery of several drugs including Valsartan (Diovan), and Aliskiren (Tekturna/Rasilez) a Renin inhibitor that was commercialized in 2007. At Ciba-Geigy, Dr. Cohen continues to innovate in the development of new methods. The picture below shows a "scaffold generator" suggested by the program newlead. 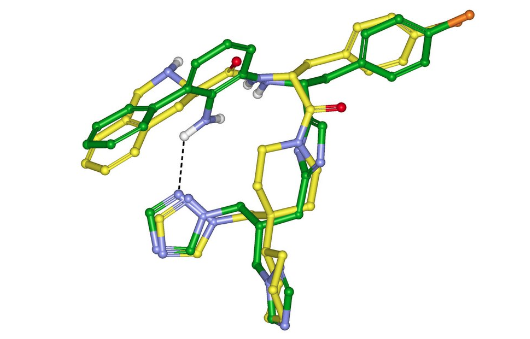 The picture below represents the hypothetical binding model between Aliskiren designed by Dr. Cohen and the Renin protein. At this time no Renin protein was available in the PDB, and the design was based on the homology modeling of penicillopepsin. The team wrote a signed and dated document summarizing their structure-based predictions to serve as a basis for comparison with experimental X-ray data when these became available. These predictions were confirmed experimentally one year later. 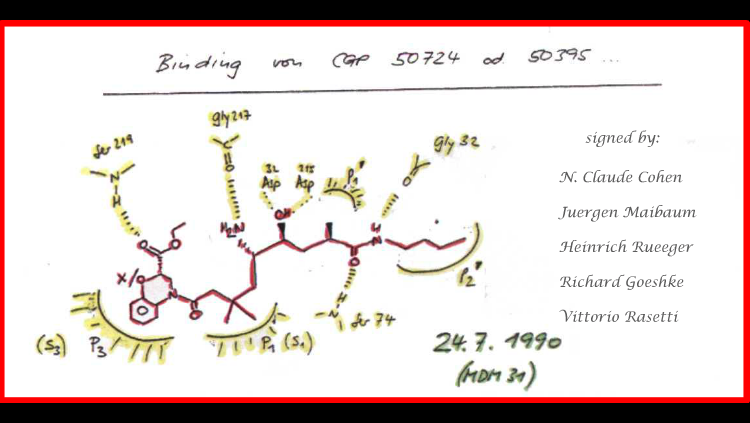 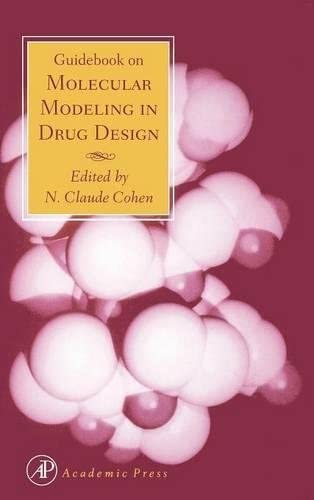 In 1996 Dr. Cohen realizes his dream and moves to Jerusalem (Israel) where he founds Synergix Ltd. Synergix was focusing on developing educational resources for drug design, molecular modelling, cheminformatics, and medicinal chemistry. 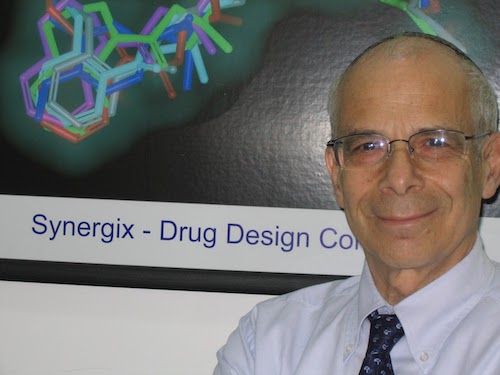 In July 2009, Dr. Cohen is recognized as an ACS Hero of Chemistry for his discovery and development of Aliskiren, the first-in-its class renin inhibitor. The Heroes of Chemistry is an award given annually by the American Chemical Society. It highlights teams responsible for creation of innovative and impactful products based on chemistry and chemical engineering. 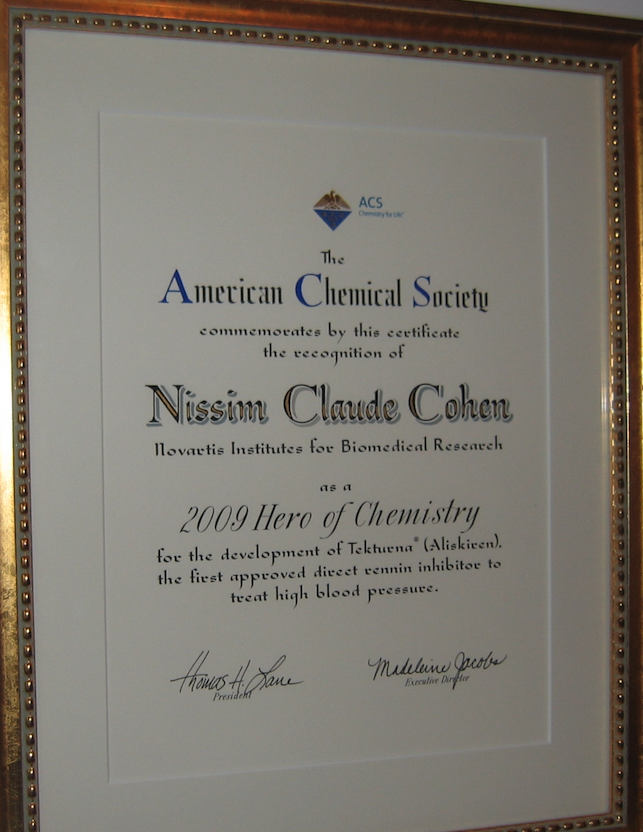 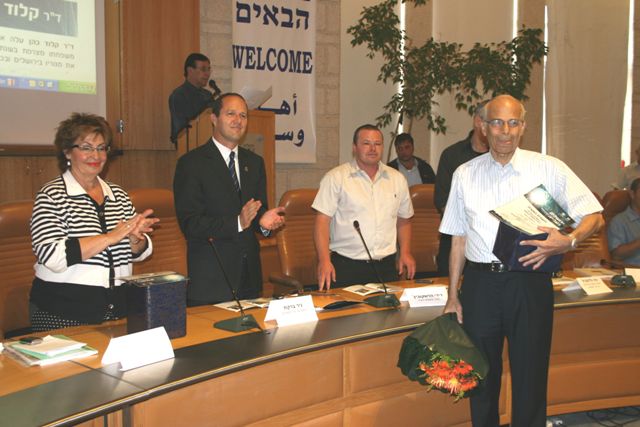 Dr. Cohen passes away at the age of 69 after a long illness in Jerusalem. He is survived by his wife, a daughter, and two sons.