Although entirely described by a 2D formula, a molecule exists as a 3D entity. The exact molecular geometry is defined by torsion angles, the concept of whom is presented and illustrated.

The way molecules have been perceived and defined has changed over the years. In the early 1970s, medicinal chemists considered molecules as mere topological two-dimensional (2D) entities with associated chemical and physicochemical properties. 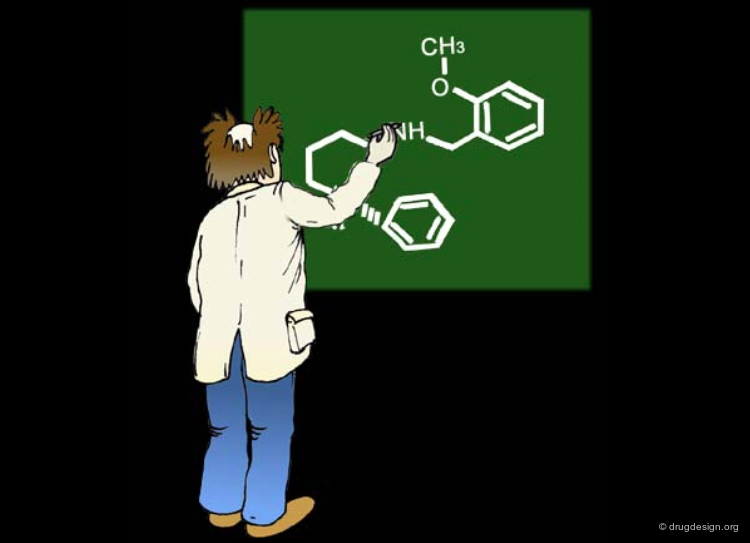 The Three-Dimensional Shape of a Molecule¶

The formula of a molecule can be drawn in two-dimensions as on a piece of paper; however it really exists in three-dimensional space with precise geometrical features. For example the calix[4]arene illustrated here has a cone-like structure, a geometry that is not carried by its 2D formula.

There is no obvious relationship between the 2D and the 3D structure of a molecule. The 3D geometries are of great importance because they represent the very molecular determinants that control molecular interactions. They are essential to understanding and influencing biological processes and their possible aberrations. This will be illustrated in many chapters of this course. 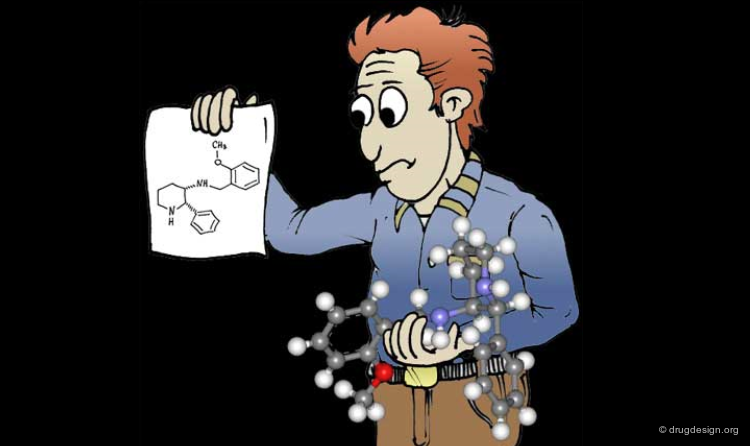 A Molecule: An Assembly of Atoms in 3D¶

A molecule is an assembly of atoms in 3D. The 2D structure defines the atoms and the connections between them; it becomes 3D when the location of the atoms is considered. The following molecule consists of 63 atoms, 66 bonds and 4 rings.

A molecule is like a "molecular lego" consisting of the assembly of elementary components (atoms, fragments). Actually there are many commercially available molecular model kits allowing the physical construction of models of small molecules or macromolecules. 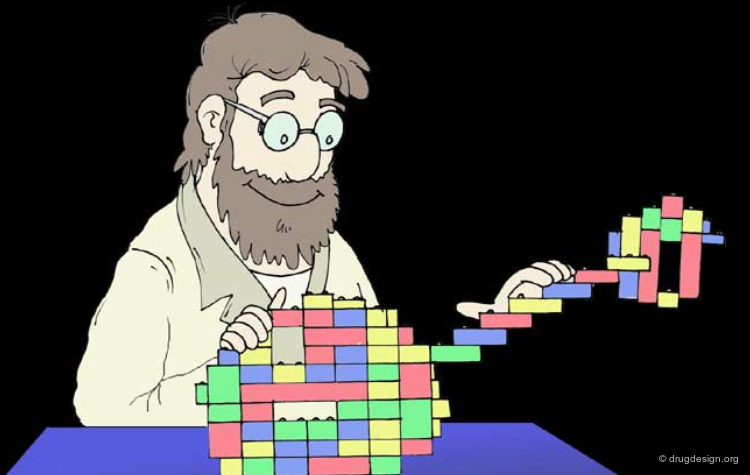 A Molecule is a Flexible Entity¶

Molecules are far from being static because the atomic forces on atoms create motions and vibrations. Single bonds can be rotated and increase the flexibility of a molecule by altering the relative location of atoms and groups around this bond. Double bonds and rings reduce somewhat the flexibility of a fragment, but not entirely.

Molecules are dynamic structures and can change their geometries. An individual geometry is called a conformation and a molecule consists of a set of conformers in 3D.

Example of Conformations of a Molecule¶

The following are example of some of the possible molecular geometries or conformations of a molecule.

A drug interacts with a biological system and the geometry adopted by the molecule when it binds to its biological target it is called the "bioactive conformation". The molecule may have many conformations, however only its bioactive form will trigger the biological process.

Internal vibrations and thermal motions provide the necessary energy for interconvertion between conformers. However, this is possible only when the torsional barriers are not very high. 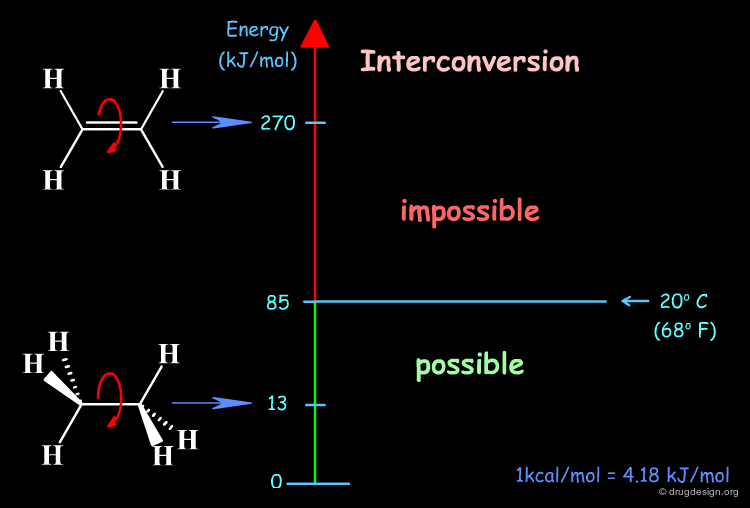 Definition of the Conformers of a Molecule¶

Molecules change their geometries by rotating single bonds without altering the nature of the atoms and the connectivity (including bond multiplicity), the different geometries are called conformers or conformations. 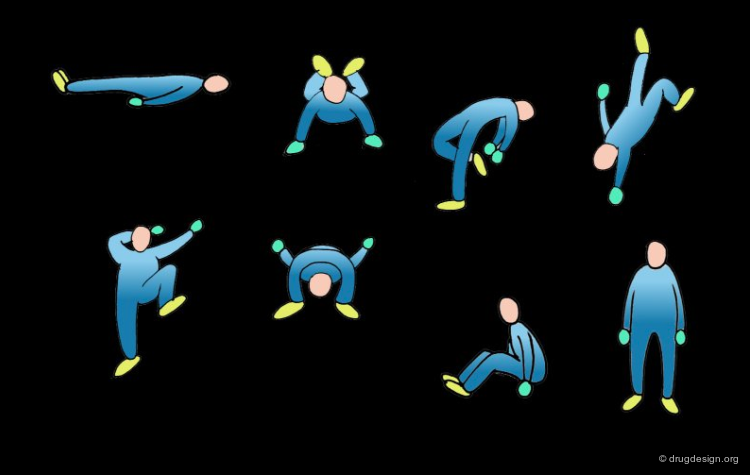 A compound may possess a great number of conformations and an efficient means is needed to describe them. The torsion angle is a useful concept allowing a precise description of the geometry of a molecule. It clearly describes ring and chain conformations as well as interconversion conformational pathways.

The geometry of Propanolol changes when the torsion angle of the C(sp3)-C(sp3) central bond is modified. In the following view the value of the angle is zero; the control panel allows this value to be changed interactively. (Clickable picture - click in the purple band to change conformations).

The Newman projection is useful for representing the geometry of three consecutive bonds. It is obtained by projecting a plane perpendicular to the central bond. The angle made by the projection of the vicinal bonds in this plane is the torsion angle.

In the Newman projection for visualizing torsion angles, the torsion angle is positive if the direction of rotation, which superimposes the front bond on the rear bond, is clockwise, and negative if counterclockwise. One should try to avoid absolute values greater than 180°. For example, -120° will be used instead of 240°.

Molecules can be either rigid or flexible, depending on the structural constitution of the molecule. 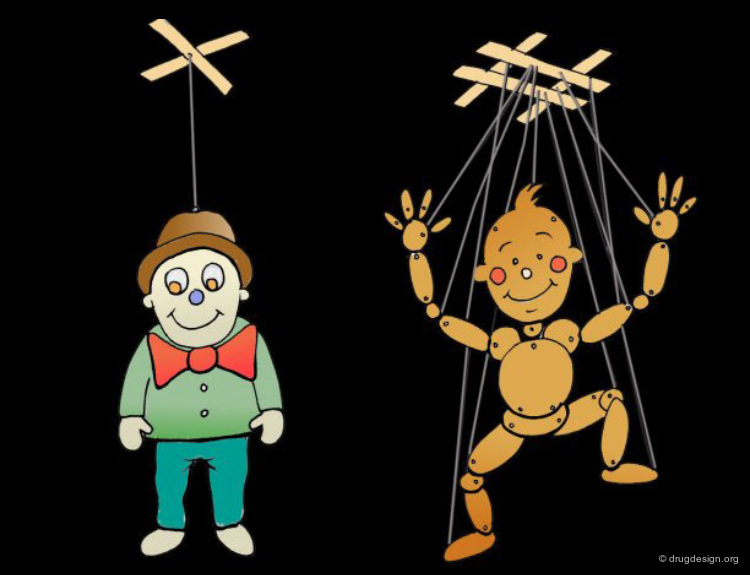 The more single bonds are present in the structure, the more flexible the molecule is. Ring systems are more rigid entities due to the restricted motions created by the ring. 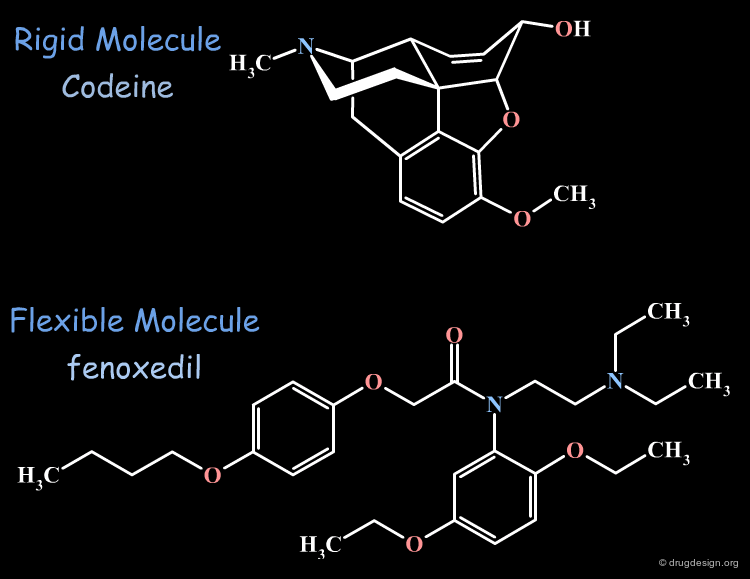 The molecular geometry of a molecule is a function of the value of its torsion angles. In this example, you can interactively modify two torsion angles (the amide bond cannot rotate) and observe the changes and the modification of the overall molecular shape.

A molecule is a mixture of conformers in equilibrium. The "population" of each conformer depends on the energy of each of the individual forms. This is presented in greater detail in the chapters "Molecular Energies" and "Conformational Analysis". 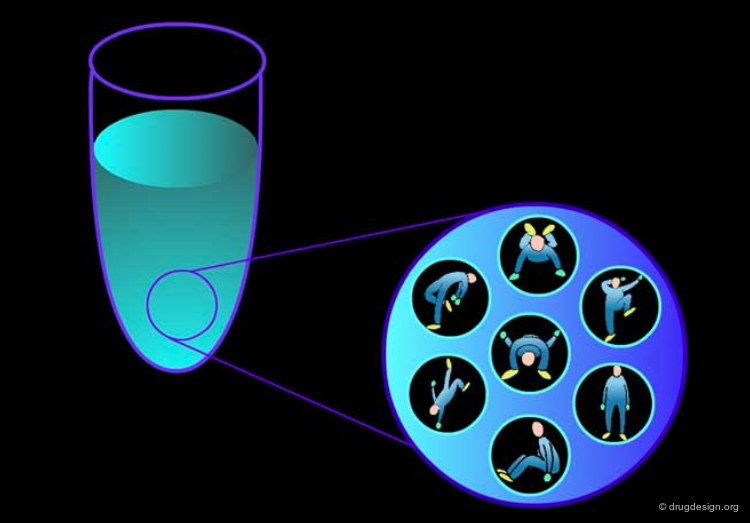 Ratio of Conformers and Population¶

For a molecule consisting of a mixture of conformers, the lower the energy of the conformer, the more it is populated (probability of existence in percent), the total being 100%. 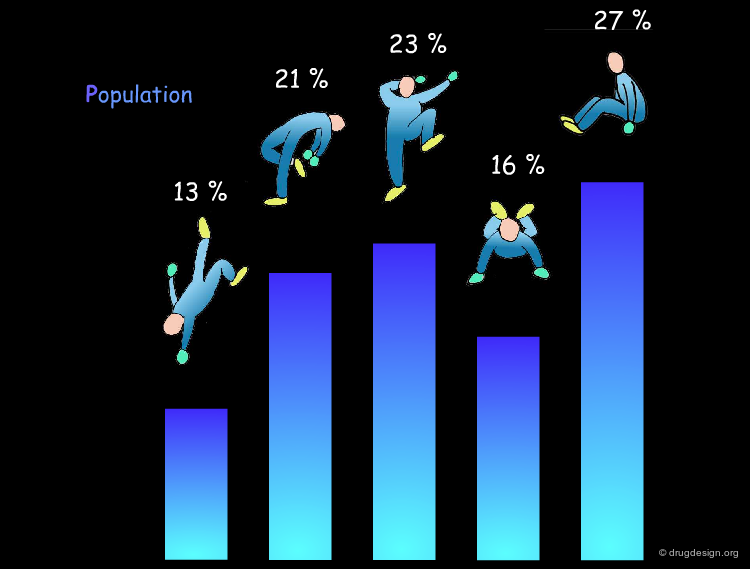